(this is the second post of my series about Andorra, if you have missed the first one, here it is)

When I was a kid and I used to go to Andorra a couple of times a year, there always was a landmark that stood out on the road to Andorra-la-Vella.

This road, following the Gran Valira river, goes through a few towns, but none of them really seemed much interesting growing up. Most of them sprung out of small hamlets in the 60s and 70s, and I feel that urban aesthetics became a thing only in the past 20 years.

There was one exception. Just before entering the village of Canillo, but pretty much in the middle of nowhere, on the side of the road, stood a small church.

It was obviously very old. It seemed to have survived everything. What exactly? I have no idea, but at least it must have survived the village that must have surrounded it at some point. The current village is located a few hundred meters downhill. And it must have been of importance for Andorra. It was the sole picture for the Andorra entry in my parents’ encyclopedia as a kid. Well, on the one hand, I always felt that it was important. On the other hand, it was so small, it seemed almost abandoned, almost tossed on the side of the road.

I never really knew what to make of it, so in 2011, when I visited Andorra for the first time again after a 15 year hiatus, one of my goals was to stop and try to learn more about it.

In my first post, I explained how in the 2000s, Andorra experienced a boom in population and income. The population went from 65,000 to 84,000 people between 2000 and 2010. And at the same time, the GDP went from 1.4 billion (USD) to 4 billion (USD) – with a GDP per capita that’s higher to both France and Spain. Why am I mentioning this here? Well, let’s say that between the late 20th century and the 2020s the country has become much richer. And visiting it again for the first time in 15 years, it could be felt pretty much everywhere. The entire country felt gentrified and renovated (because it was).

This is also what happened to the Sant Joan de Caselles Church (this is its name).

Well, I’m not sure if it has actually been renovated in the traditional meaning of the term (it must have been at some point) but the whole surroundings now look different. The road is wider. There’s a parking lot, some grass, and even a few houses on the other side of the road. The church doesn’t seem lost and abandoned anymore. There’s even a motorcycle museum next to it! 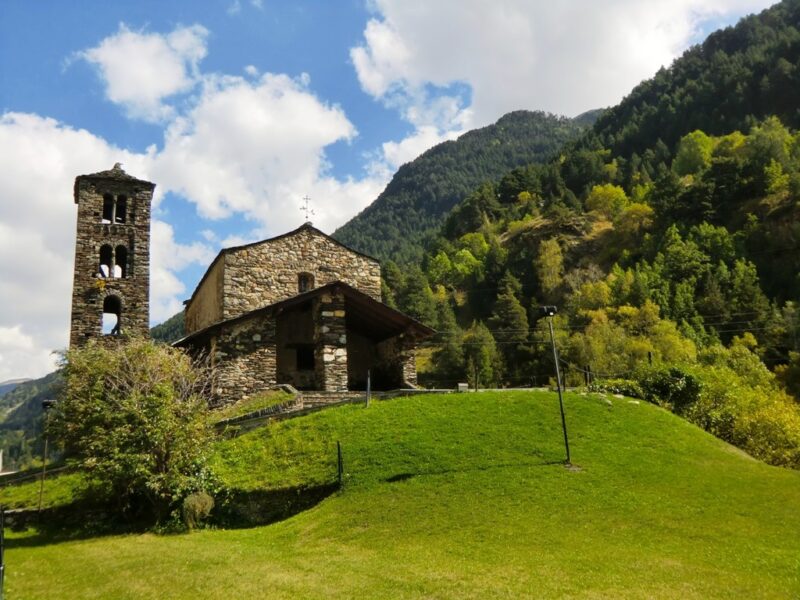 I’d like to give you more information about Sant Joan de Caselles‘ history, but the truth is that I don’t know much about it except the fact that it was mostly built in the 11th and 12th Centuries. Yes, you read me right, it’s about a thousand years old! Although, some parts are more recent, from the 16th and 17th Centuries, particularly the archway.

The church is typical Romanesque from the area (I call it “Catalonia Romanesque” as you’ll find many churches in that style all over Catalonia, especially in the mountains) and the bell-tower is supposedly typical Lombard style, a style that is also pretty common in the area, especially in Andorra. However, I have no idea why this style is common there, so far from Lombardy. If any art historian is reading this, please, your input is more than welcome. 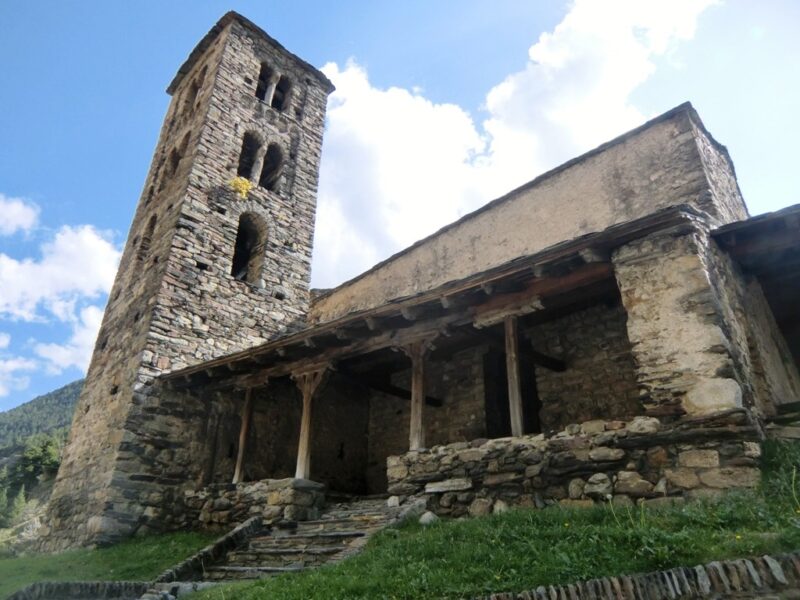 The official site gives a few more details, especially what can be found inside. Unfortunately, it was closed when we went there. Seeing how it took me 38 years to stop by it and walk around the building, I’m not too sure how many more decades it will take to see its interior. I’ll definitely give it a shot next time I’m in Andorra. Whenever that is. 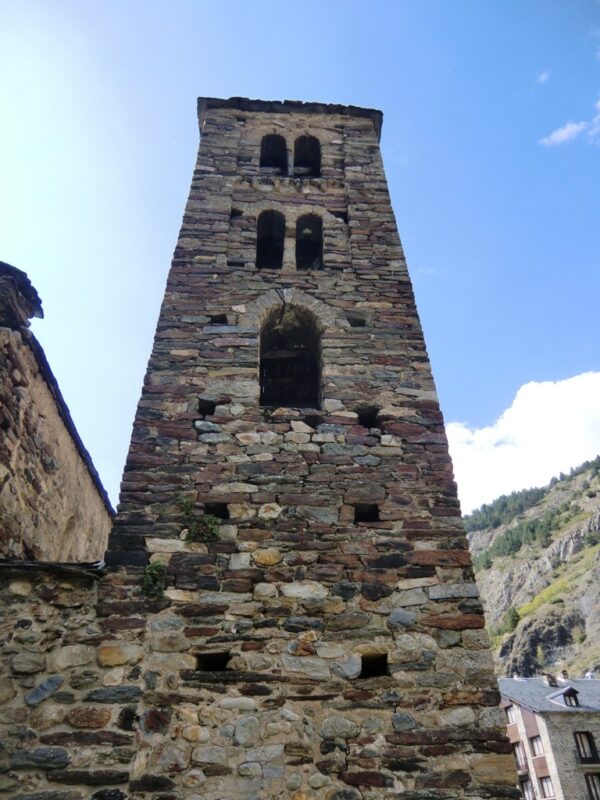 The more recent parts of the church: 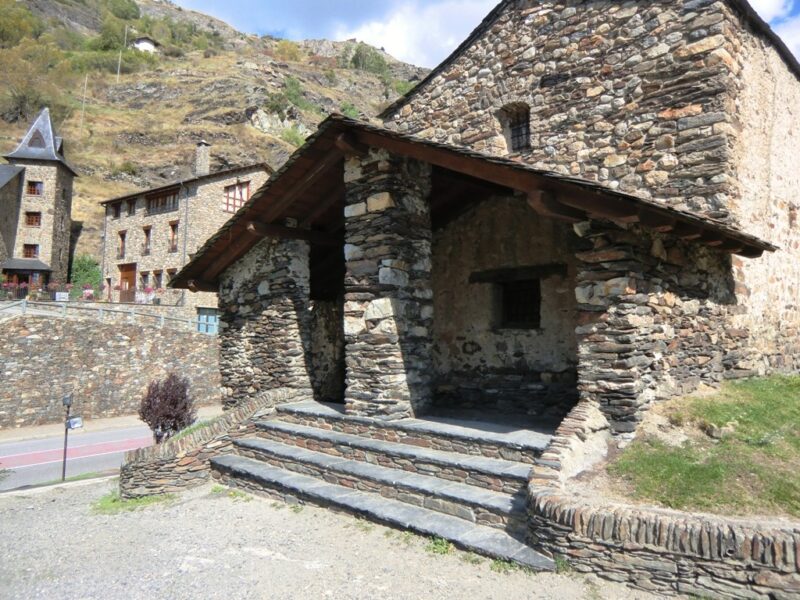 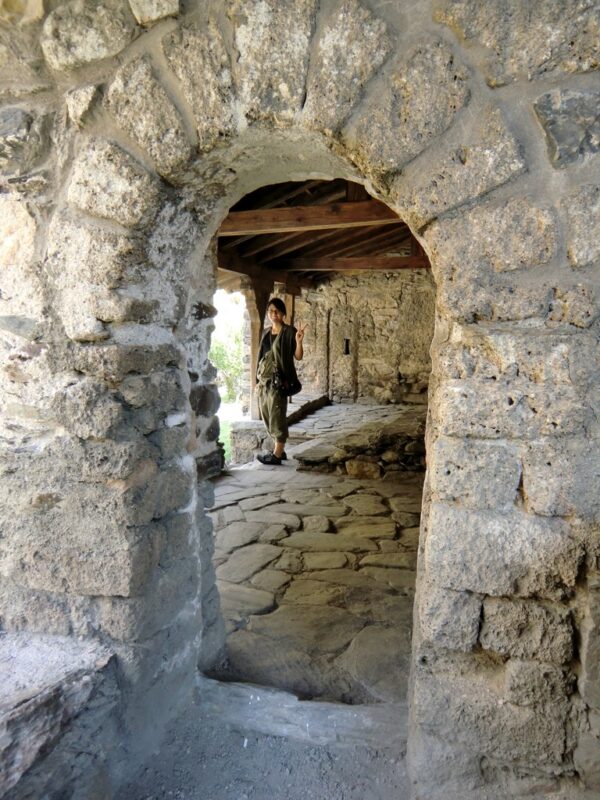 That’s all for now. Maybe I’ll return and give you more detail sooner than expected, maybe not. And in any case, if you get to go to Andorra, don’t miss it. Well, you can’t really miss it if you’re coming from France, but make sure to stop and visit it.