DavidB, Gator & a movie: Once Upon a Time in Hollywood

I’ve been meaning to make webcomics with Lego for quite a while now (some are already on this site, a few older ones will come sooner or later). Also, I’ve been meaning to talk about cinema more, but I can never find the time. For some reason, a few days ago, I thought that I could do both.

First, I needed some reviewers. After some back and forth (a duo composed of “Bro Thor” and Korg has some potential), I decided to take a more familiar route, with yours truly in Lego form, as well as Gator himself.

It’s not exactly a review in the traditional sense (the goal was to keep it short). I have room for improvement, but I think it’s a format that has some potential. What do you think?

(title is subject to change) 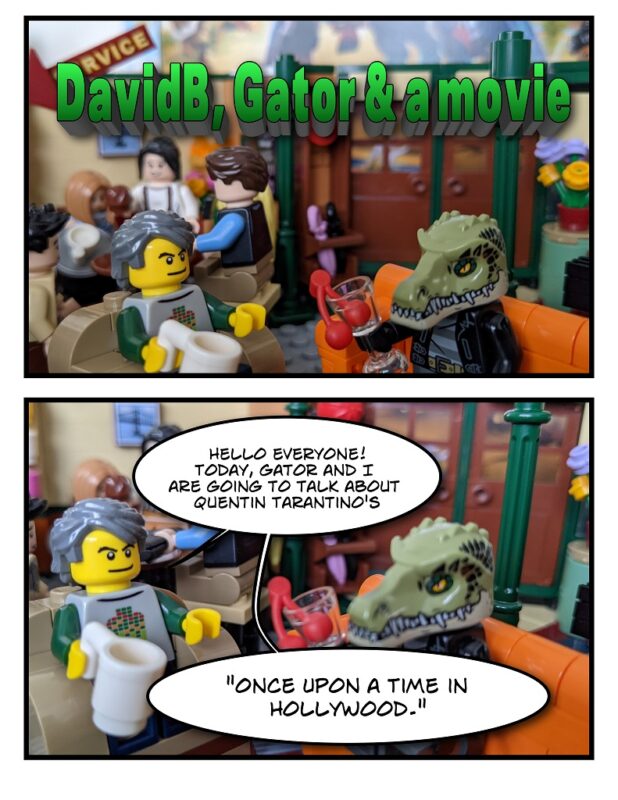 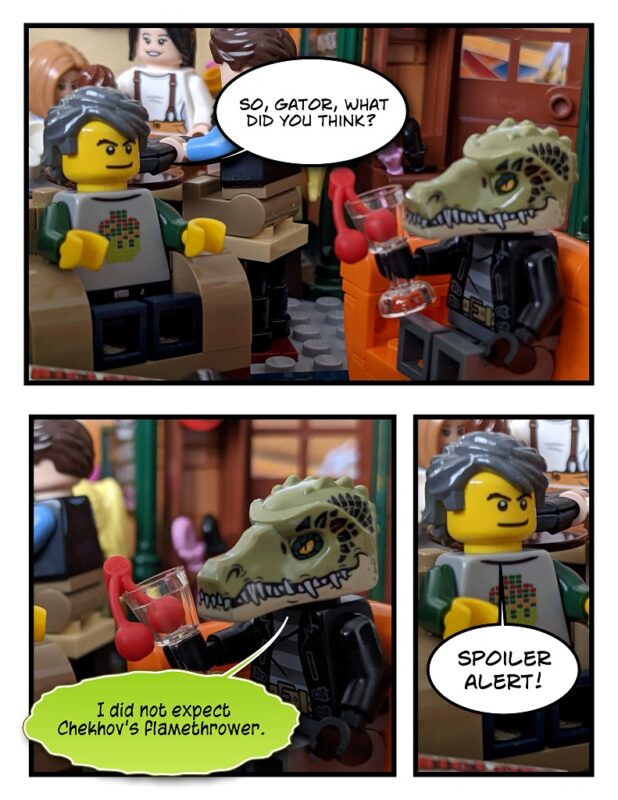 Sorry, if I’m spoiling, but while not very old, the movie is not exactly new, right? 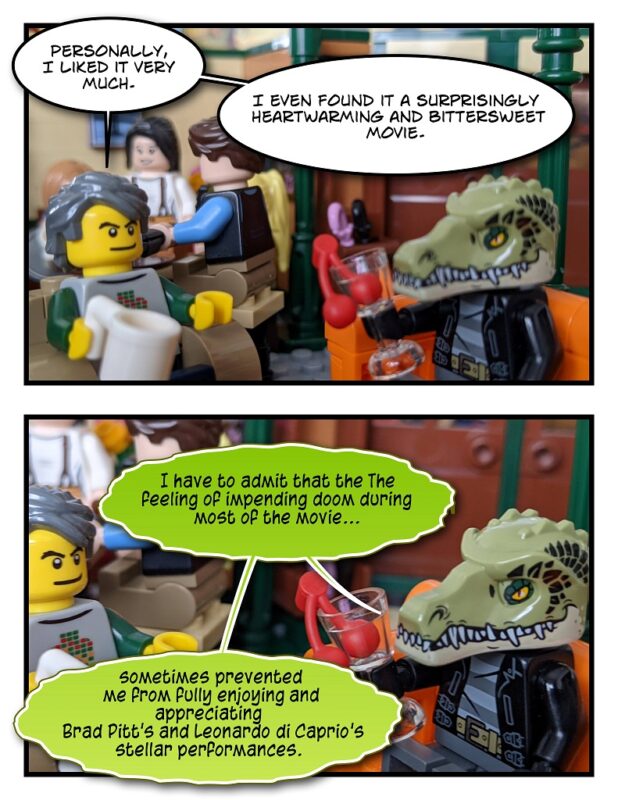 Once again, not a real spoiler, but the fact that our protagonists experienced these feelings watching the movie is totally linked to the fact that Once Upon a Time in Hollywood takes place in 1969 and that Leonardo di Caprio’s character is a somewhat famous (fictitious) actor whose neighbors are recently wed couple Roman Polanski and Sharon Tate. 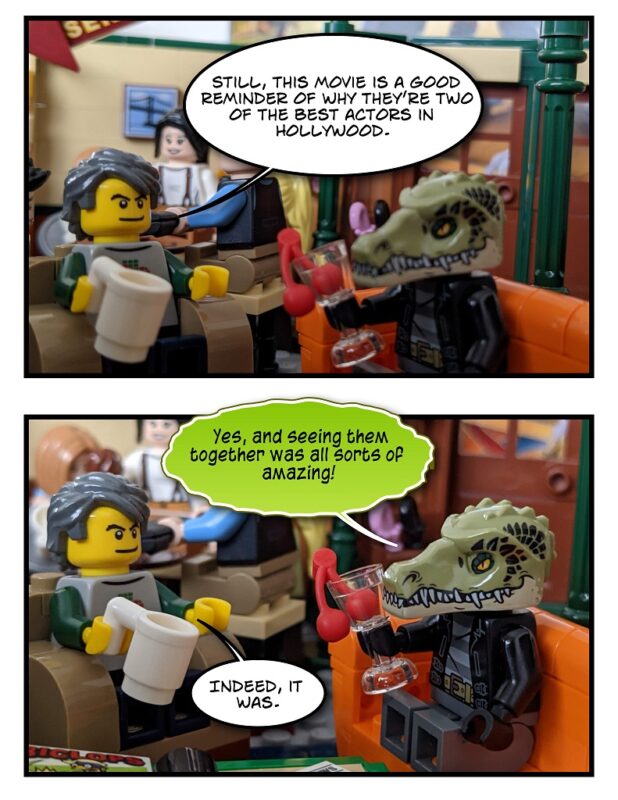 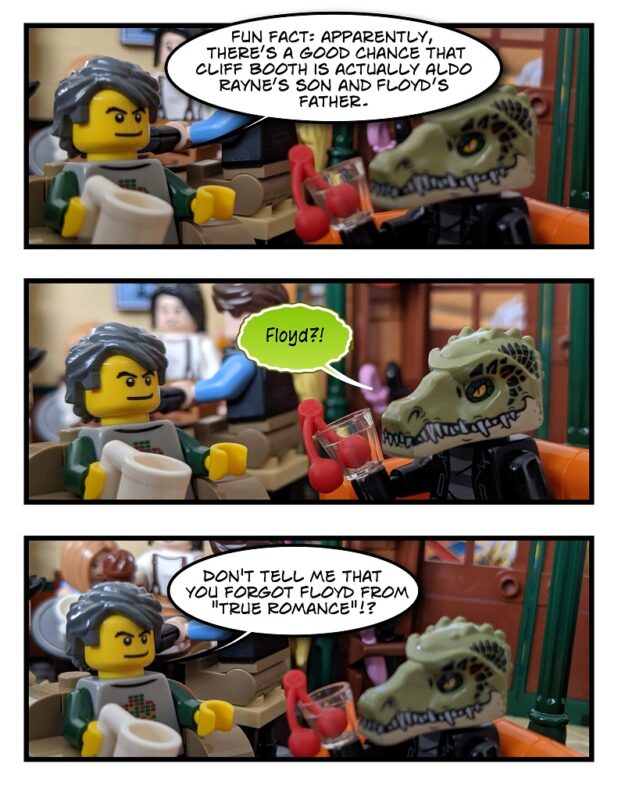 Fun fact 2: Floyd is indeed my very first encounter with Brad Pitt and True Romance is one of my favorite movies.

I want to keep the format short, but if you haven’t seen it, there is much much more to Once Upon a Time in Hollywood than this. It is one of Tarantino’s richest movies in terms of content, and also a very unique one in many aspects.

So what did you think?