Today, for our penultimate post about Andorra (for now?) I want to tell you about a small somewhat hidden valley that is one of the most beautiful and restful places I know in this small country.

It is Incles Valley. Vall d’Incles in Catalan.

It is a small valley in the northeastern part of the country, right next to France, although you’ll need to be a good hiker or even a mountain climber to be able to reach France from there.

And it is one of the cutest valleys I have seen.

I’m afraid that my old pictures won’t do it justice, but I’ll try anyway. 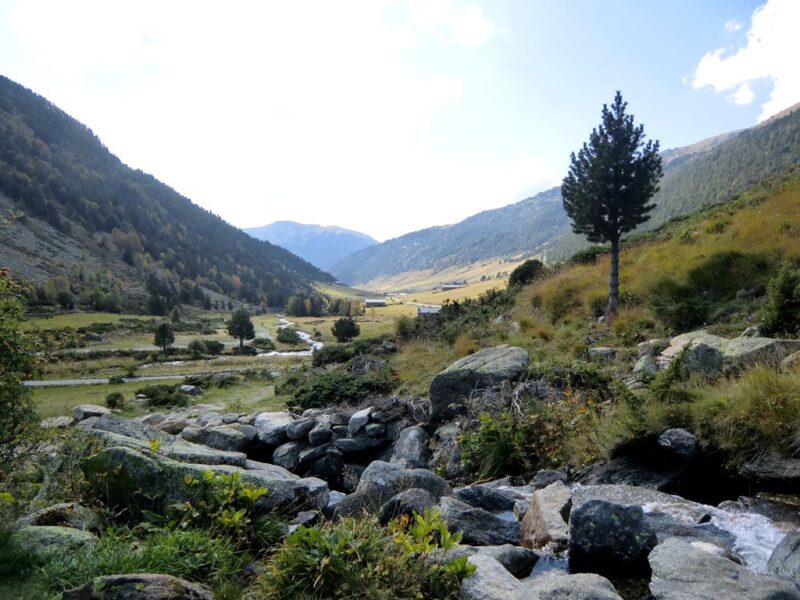 A few houses can be found here and there, but apart from those nature is everywhere and pretty much unspoiled except for a few paths or fences. Most of the houses are quite old but have recently been renovated. Not many people seem to live there permanently, most houses are apparently vacation houses. I have to admit that while I’ve never really been a “mountain person” I wouldn’t mind at all owning a vacation house in Incles Valley. Although something’s telling me that I can’t afford one. Not to mention the fact that I live a bit far these days, and I wouldn’t really be able to enjoy it.

At the end of the small road, there are a few hiking trails that lead to the end of the valley where you can find two lakes. We didn’t go that far as we were not equipped for hiking.

It’s definitely a place I look forward to going back to one of these days, even though I don’t know when I’ll be able to return to Andorra. 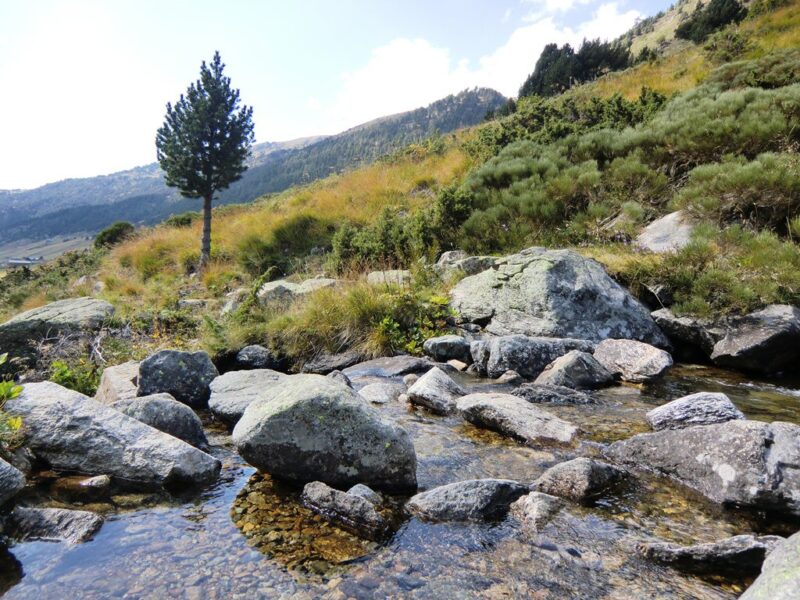 In the meantime, you are more than advised to give it a try yourself. Getting to Incles Valley is pretty easy. If you’re coming from France, Incles is off the first road on the right, just after Soldeu. If you’re coming from Andorra-la-Vella, it’s the road on the left, after El Tarter (and obviously right before Soldeu). As we’re talking about very small villages here (just a handful of houses really) you have to be careful not to miss them. However, but signs are pretty clear. 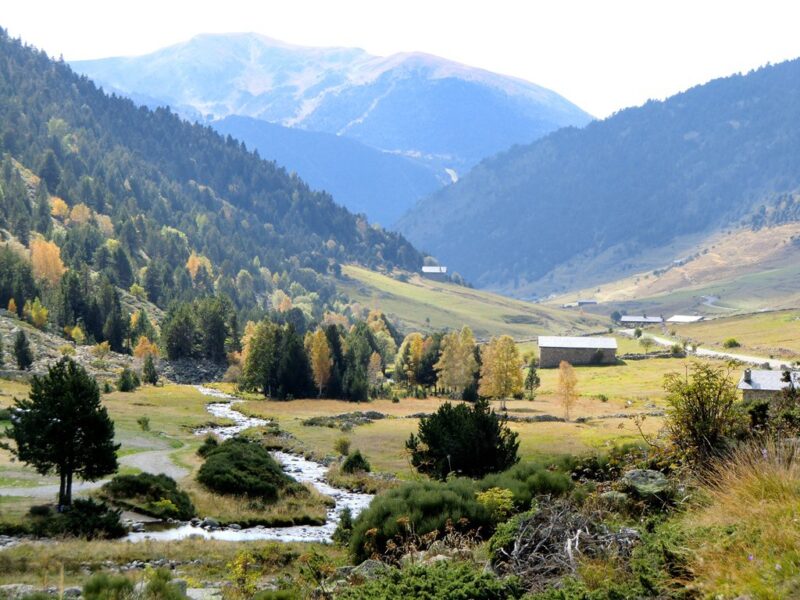 I’ll leave you with a few pictures and a video. I’m not sure if the video will be of any interest to you, but as it’s the very first video I have uploaded on Youtube (although it’s been re-uploaded a bit later, so don’t trust the date) I thought it deserved a spot in a blog post. Don’t expect high-definition. 🙂 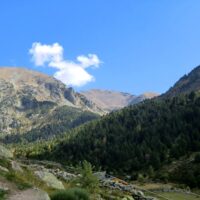 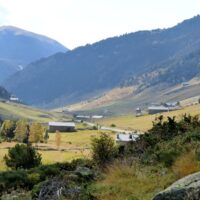 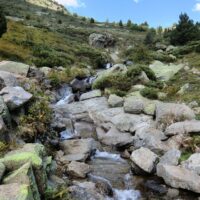 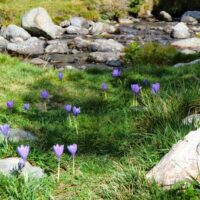 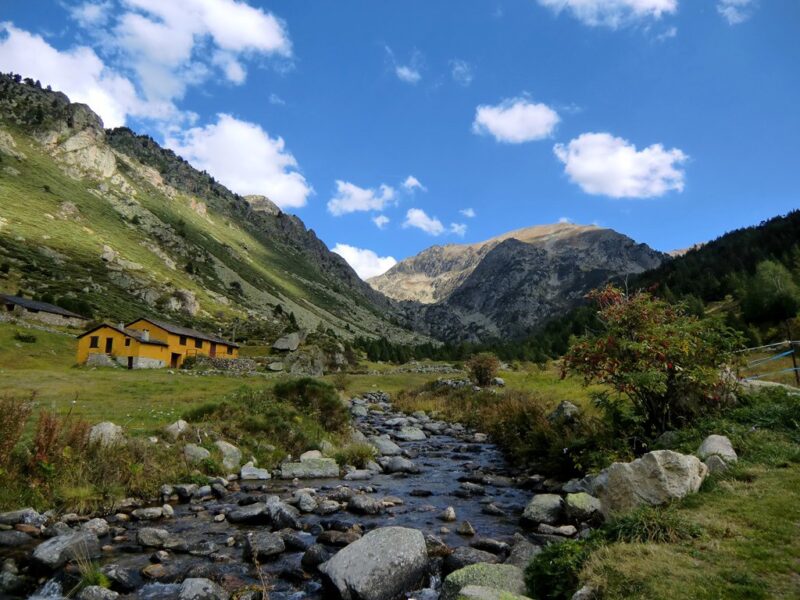 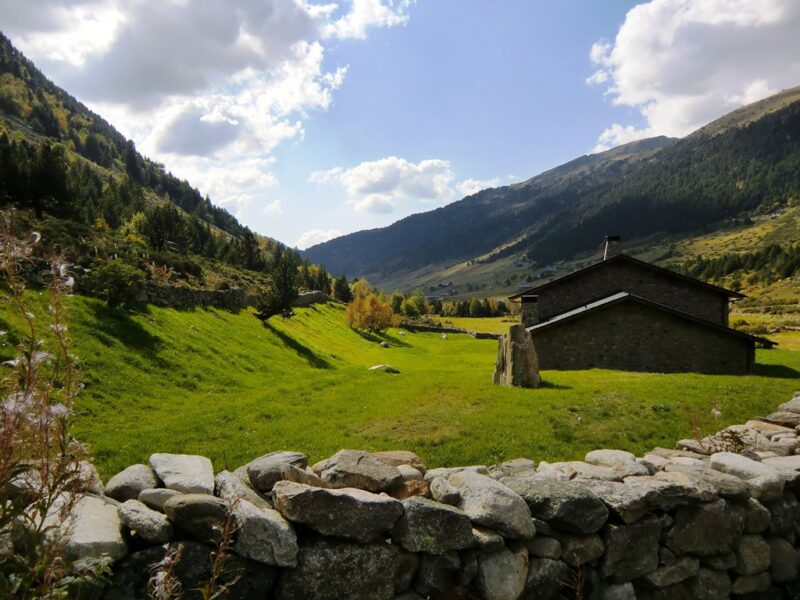 That’s all for today.