July 14th is in a few days, so I guess this is the perfect time of the year to tell you a little bit about Bastille Day.

During my 20+ years surrounded by English speakers almost daily, it came to my attention, that there are a lot of misconceptions about it among them, especially about how Bastille Day is celebrated in France.

Let’s try to debunk these misconceptions and explain a little bit.

Well, yes and no.

But this is pretty much where the similarities end.

First and foremost, It’s not the French Independence Day simply because France never was a colony and thus never had to become independent from anyone else.

Also, Bastille Day is not really perceived and nor celebrated by French people in the same way that Independence Day is by Americans.

What does Bastille Day commemorate?

If you don’t know the answer to this question, I think it’s time for you to open a French History book.

OK, here is the answer in one line:

It celebrates the day the French Revolution “officially” started with the storming of the Bastille, which was the “royal prison” at the time. Do I need to mention that this day was July 14th, 1789?

By the way, the Bastille fortress is long gone (it was destroyed right after being stormed, the stones were used to pave the streets as well as build the Pont de la Concorde). So, please, when you go to Paris and to Place de la Bastille, don’t make a fool of yourself asking people where the fortress is. Don’t laugh, I have been asked that question when I lived in Paris! I have also overheard foreign tourists in the subway “planning” a visit.

However, when you’re there, if you look carefully on the ground, you can see the outline of where the fortress used to stand (hint: it’s near the end of rue St Antoine and boulevard Henri IV). Also, on the platform of line 5 of the metro (Bastille station, obviously), you’ll also find the outline on the floor as well as a part of the counterscarp.

However, I strongly believe that on such a day (nothing less than the Nation’s Holiday), what matters is what it represents for the people and not what argument was used by a lawmaker (we’re not in an American courthouse here, meaning is not in technicalities).

Why do French people look at English speakers funny upon hearing “Happy Bastille Day” being said to them on July 14th?

Well, there are two reasons.

First, in France, one doesn’t say “Happy this or that” for every holiday. Christmas and New Year’s are the two only days I can think of when people greet each other with a special “Happy something” (Maybe Easter too, for Catholics? Not sure).

The second reason is that, unless the French person can speak English, they’ll have no idea what “Bastille Day” is!

In France the day has two names:
-The official one is “la Fête Nationale” which can be translated by “the National Holiday.”
-The usual one simply is “le 14 juillet” (aka July 14th).

So, if you really want to say “Happy something” to a French person on that day, the best way to say it is “Happy July 14th.” But once again, it’s very rare to hear such a thing coming from a French mouth.

What do French people do on Bastille Day?

They usually do a bunch of things.

However, as it takes place in July, children are on summer holidays, and a lot of adults are on vacation too. It means that in many cases, they might not even celebrate it at all. Overall, it’s not as much of a big deal as the Nation’s Holiday can be in some countries.

Actually, I rarely celebrated it. Most years, on July 14th, either I was road-tripping across Europe with my parents (as a child or teenager) or I was vacationing at the beach (as a child, teenager, and young adult).

Another thing that needs to be mentioned is what French people don’t do on that day. That is a barbecue or something similar. Whether you celebrate it or not, Bastille Day is not a holiday that involves food and/or special gatherings. Yes, a French holiday not involving food. It does exist.
Don’t get me wrong, of course, you’ll always find people that will have a barbecue on that day. It’s obviously not forbidden. I’m only talking about traditions and cultural practices here. July 14th being in summer and a day-off for almost everyone, barbecues are bound to happen in some households.

So, what is it that French people do then?

First, in the morning, there is:

The big military parade on the Champs-Elysées

(and possibly smaller ones in other towns)

A certain number of French people watch it on TV. Tourists that happen to be in Paris go see it too. I doubt that many Parisians bother. Personally, when I lived in Paris, I went to the Carrousel Garden to watch the planes fly over me once but that was pretty much it. Sometimes, I walked around the area after the parade because there always were interesting pictures to take. I wasn’t technically celebrating. I was more curious to see with my own eyes an event I had watched on TV a few times before (my mom loves watching the parade for some reason). Honestly, I find what was happening around the event much more interesting than the parade itself.

I’ll post pictures if I find them (we’re talking about 15 years or so ago here).

After the parade, the President usually hosts a garden party in the Élysées Gardens. However, as it involves only about 500 people, we can’t really call that “what French people do on that day.”

During the afternoon, nothing special happens. People do whatever they do on a day when they don’t work in the summertime.

Please note that in some cities and towns, these things actually take place on the 13th. As people don’t have to work on the following day, they’re more inclined to go out. Some people do work on July 15th. Also, in less urban areas, two towns that are close to each other may agree to hold the event on separate days in order to not compete with each other (and instead, have more people go to both events).

It may be one of the strongest traditions of July 14th. Dance parties are organized in pretty much every city, town, and village in France. People get together and dance (and/or drink, chat, meet). In big towns and cities, several balls may be organized in different parts of the city. A few years ago, I was under the impression that this tradition was dying out. I couldn’t be more wrong. After a bit of research, I can tell you that it’s alive and well.

I’m not sure what the origins of this tradition are. I think it goes with the imagery of the French Revolution. Especially the myth that the people were so happy and relieved that they were now free from the King’s oppression that they spontaneously started dancing everywhere. Well, while it’s obviously a myth, I guess that, back then, it was more common to dance and sing in the streets, seeing the number of songs that the Revolution has birthed and the fact that there were no mass media no ways to record such songs. However, don’t expect to hear La Carmagnole much at a Bastille Day Ball. It’ll mostly be either the hits of the moment as well as late 20th Century classics.

Also, you might have heard of the “bal des pompiers” (the firefighters’ ball).

I’ve heard of it too… when I spent my first Bastille Day in Paris.
In Paris, Bastille Day’s balls are very often organized by the district’s firefighters. The event is also used as a fundraiser. It’s apparently a very vivid tradition in Paris, but it is by no means a French one. I had never heard of such a thing before moving to Paris. I’m not saying it’s only in Paris, but it’s definitely not all over France.

In other towns, the balls are usually organized by the municipality and/or local non-profit organizations and committees.

This probably is the most popular Bastille Day tradition and celebration. Almost every town and city that is big enough to afford it will have fireworks either on the night of the 13th or the 14th. And they’re hugely popular. It seems that almost everyone who’s in town will go see them.

Oh, here is a video I shot of the Paris fireworks when I lived there. It’s the second video I’ve ever uploaded on Youtube (it’s not exactly HD, you’ve been warned).

Apparently, it’s also a tradition in Paris for teenagers to blow up as many firecrackers as they can in the streets or even in people’s mailboxes.

Ok, I think that sums up what’s going on for Bastille Day in France.

If I’m forgetting anything, the comments are awaiting your two cents.

And if you liked what you read, you can always buy me a coffee. 😉 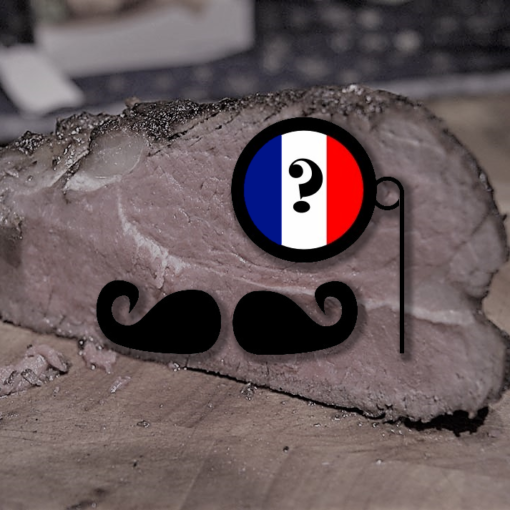 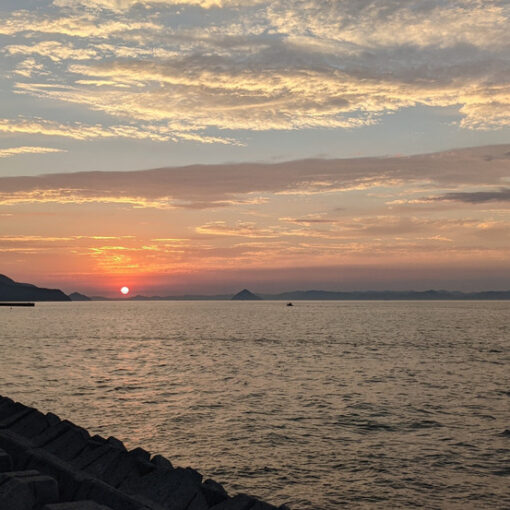 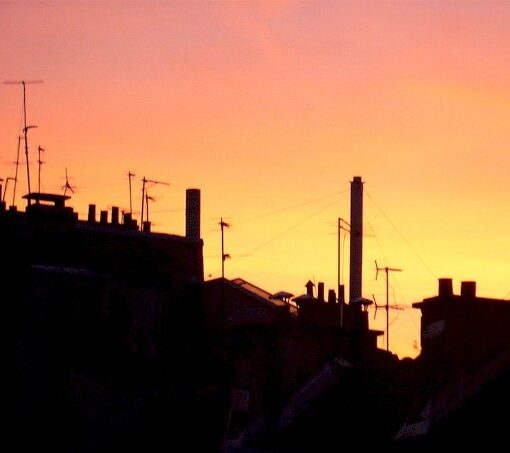 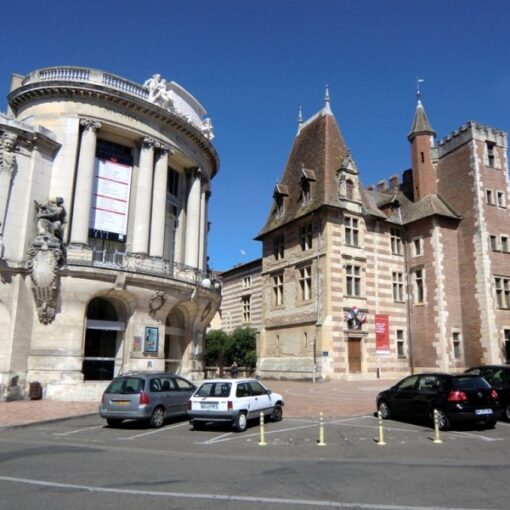