Not gonna lie, I miss home a little bit. I haven’t been there since summer 2017, we were supposed to go last summer, but Covid decided otherwise.

Let me tell you a little bit about my hometown.

It is called Agen. It’s a small city (about 33,000 people live there – 80,000 if you include the suburban towns) in the French South-West. It is the “capital” of the Lot-et-Garonne department in the Aquitaine region.
Yes, I know. I should say “Nouvelle-Aquitaine.” The name changed a few years ago with the new administrative divide, but what a silly bureaucratic name, I don’t think I’ll ever be able to bring myself to use it.

The place has been populated since the dawn of time. It is first mentioned in the 1st century BCE as the capital of a Gallic tribe called the Nitiobroges. After Gaul became part of the Roman Empire, their capital, Agen (called Aginum at the time) became an important and rich Gallo-Roman town.

Located on the Garonne River, about halfway between Bordeaux and Toulouse, it remained an important town in the South West over the centuries, its location at a few important crossroads making it a major market town. 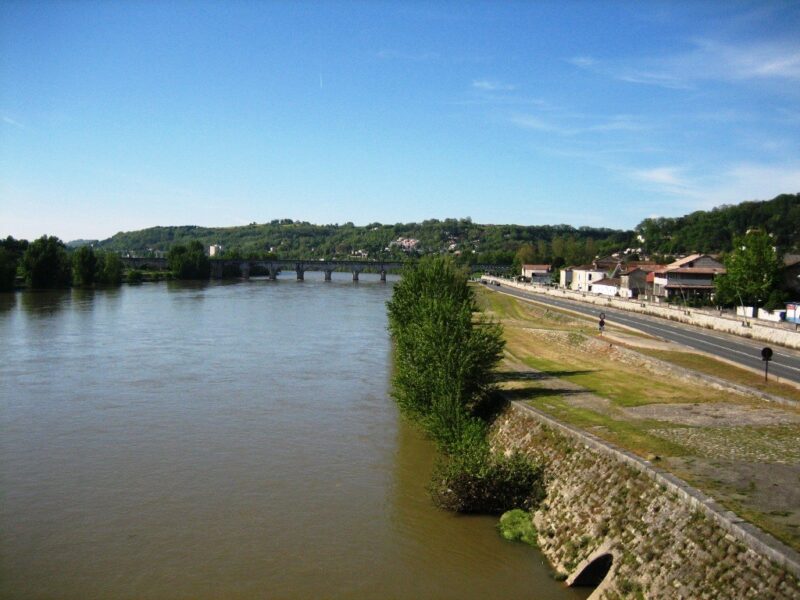 The original Gallic and then Gallo-Roman town was actually mostly located uphill.

Its importance started to fade in the 19th Century, more or less because the merchant bourgeoisie controlling the town missed the coach of the Industrial Revolution, and worse when it was time to finally modernize the town in the second half of the century, most of the medieval buildings were destroyed. I say “worse” because having been spared by wars since the end of the Middle Ages, most towns and villages in the region have kept their medieval look and it makes them very attractive nowadays. Unfortunately, medieval was not very fashionable in the late 1800s, and having a sense of historicity only came later to our culture. 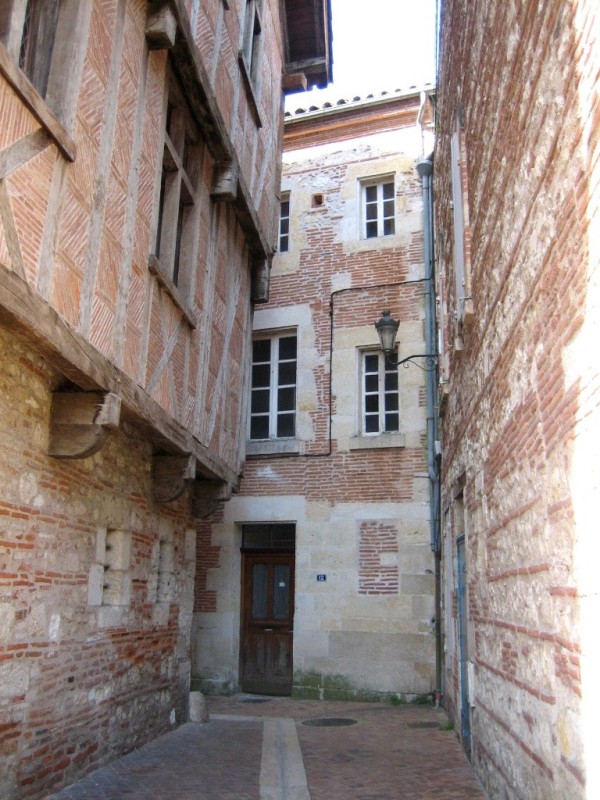 Rue Beauville, one of the few remaining medieval streets in the city.

Nowadays, it’s a small provincial city without much happening. It’s not even very touristy whereas, in summer, the whole region is usually full of visitors from neighboring northern countries.

It always baffled me that none of the local governments have tried to make the city more attractive to visitors. Worse, they passed every opportunity they’ve had to revive the city’s history.
For example, the city doesn’t have one Roman amphitheater but two! And I’m talking big ones: one could sit more than 10,000! However, don’t expect to see them if you visit Agen. They were discovered when digging started to lay the foundations for some buildings. They could have been excavated, restored and Agen would have become a major touristy destination.

Can you imagine, a small city in the French South-West with two major Roman amphitheaters?

Instead, after some minor archeological research, construction of the new buildings resumed and both amphitheaters were buried again. Maybe, I’m a bit idealistic here, I’m sure there were many interests at stake – mostly, financial I assume – but what a waste.
If one project was to build private apartment buildings, the older one was for a public administrative building. Ironically, and if my memory is not too bad, I think the one attempt to preserve the amphitheater that was almost successful was the one for the private buildings.

I know these kinds of things happen all the time, all over Europe. However, in my opinion, whether freshly discovered historical buildings get preserved and renovated or, on the contrary, get buried again for future generations to discover them again – or not – is very telling about the local governance of a city. In the case of Agen, I think these two events tell you most of what you need to know about the general psychology of the city. It has nothing special to it. Nothing of importance ever happens. And the local powers like it this way. If major unexcepted change appears out of nowhere, the best is to bury it back to oblivion as soon as possible.

This also helps you understand why I couldn’t spend the rest of my life there, and why I felt I had to escape when reaching adulthood.

Now, to be fair, I feel that nowadays, the city is trying to gain more importance one way or another. Unfortunately, it lacks the means to do it. Maybe we could tell the authorities about the amphitheaters and other historical treasures underground?
Still, in recent years, local authorities have made some pretty nice renovations and changes to make downtown more attractive. 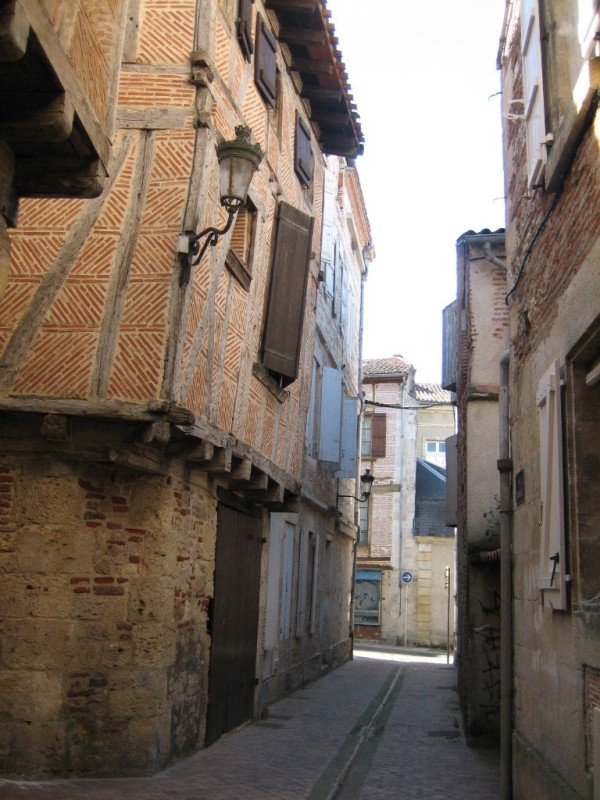 The same street, from a different angle.

Now, with all of that being said, I don’t want to sound too negative, nor seem like I’m bashing my hometown.

Agen has a few positive points. The main one, in my opinion, is its location – the very reason why it became a town of importance in ancient times. It is pretty much in the center of the South-West part of France. Pretty much halfway through the big cities of Bordeaux and Toulouse, almost in between the Mediterranean Sea and the Atlantic Ocean, also almost between the Pyrénées Mountains and the Massif Central. Overall, it’s located just two or three hours from all the most interesting locations in this part of France.

If you ever want to visit the French South-West, Agen is the perfect place to set camp. This is actually my favorite activity when I’m there beyond spending time with my family; doing a series of day trips to all the fascinating destinations the region has to offer. I’ll try to show you some of them in the future. After I get to visit home, that is. 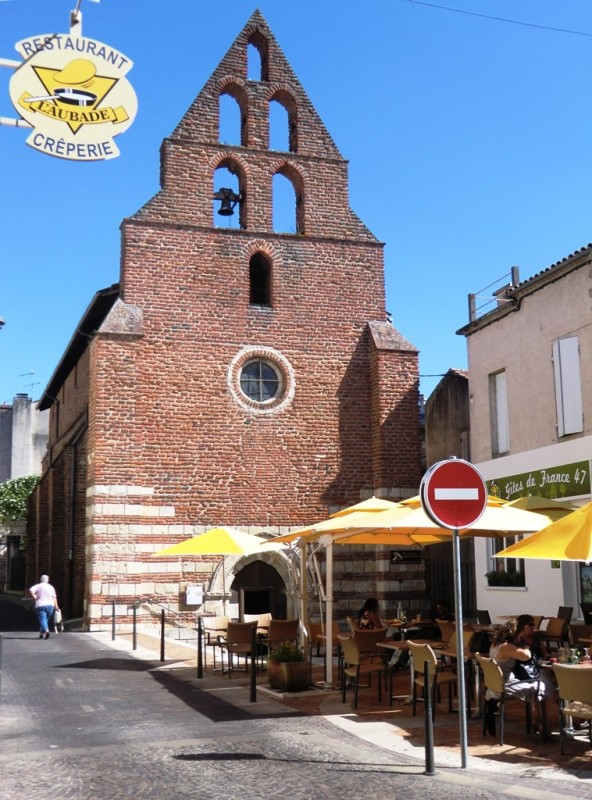 Another good thing about Agen is that, nowadays, a big chunk of the local economy revolves around agriculture. It means that there is little to no pollution in Agen compared to many other places in the world. The other thing is that locally grown, fresh, delicious, and cheap produces are the norm.
Having grown up there, I’m regularly shocked to see the prices of fruit and vegetables in many other cities and countries. There are probably places in the world where produces are better and cheaper, but I haven’t been there.
There are a few reasons why many people consider cuisine from the French South-West as one of the best and the healthiest in the world. This is one of them.

Maybe one of these days, I’ll tell you more about what life in Agen is like. Hint: uneventful is the main keyword here. A great place to be a kid or to raise kids. Not the best place to be a teenager or a young adult. 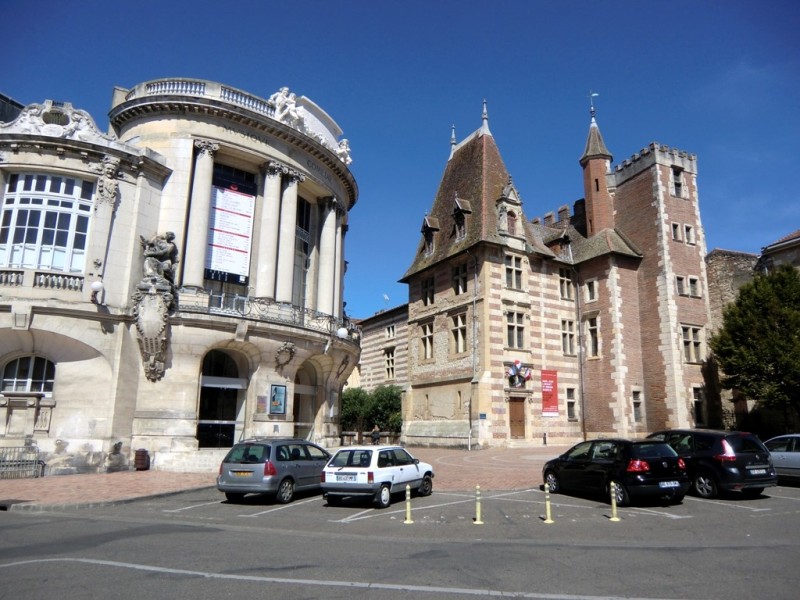 The picture above is probably one of the most scenic views of the city. On the left side is the municipal theater, open in 1908. On the right side, the museum, open in 1836 but located in a series of buildings dating from the 16th Century. It’s mostly an art museum, retracing a general history of art from prehistory to the present.

Also, an interesting anecdote. An internationally famous historical character lived for a few years in Agen. He lived in the street located right behind the buildings that are the museum today. I’m talking about Michel de Nostredame. You probably know him as Nostradamus!

Growing up, I didn’t think much of these two places, taking them for granted. The museum mostly meant a yearly school trip. The theater was also a usually biannual visit: to see some show with the school, as well as the location of the Christmas party organized by my parents’ employers. Apparently, having such buildings in a small city such as Agen is not so common.

Agen has another “building” that is pretty unique.

The bridge below (that you can also see in the first picture of the post) was designed so that the canal can cross the Garonne River. The bridge is for boats only, as well as a few bicycles and pedestrians, including this guy with a funny cowboy hat. 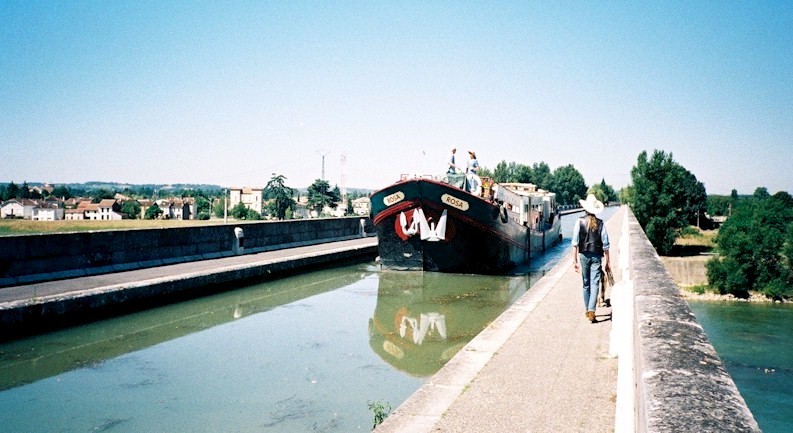 I guess that’s all for now. Maybe I’ll tell you more about Agen in the future. Maybe not. I do intend to tell you more about the French South West, though. Probably one of the best parts of France and while Europeans know this very well, I feel that non-Europeans are pretty ignorant of that fact.